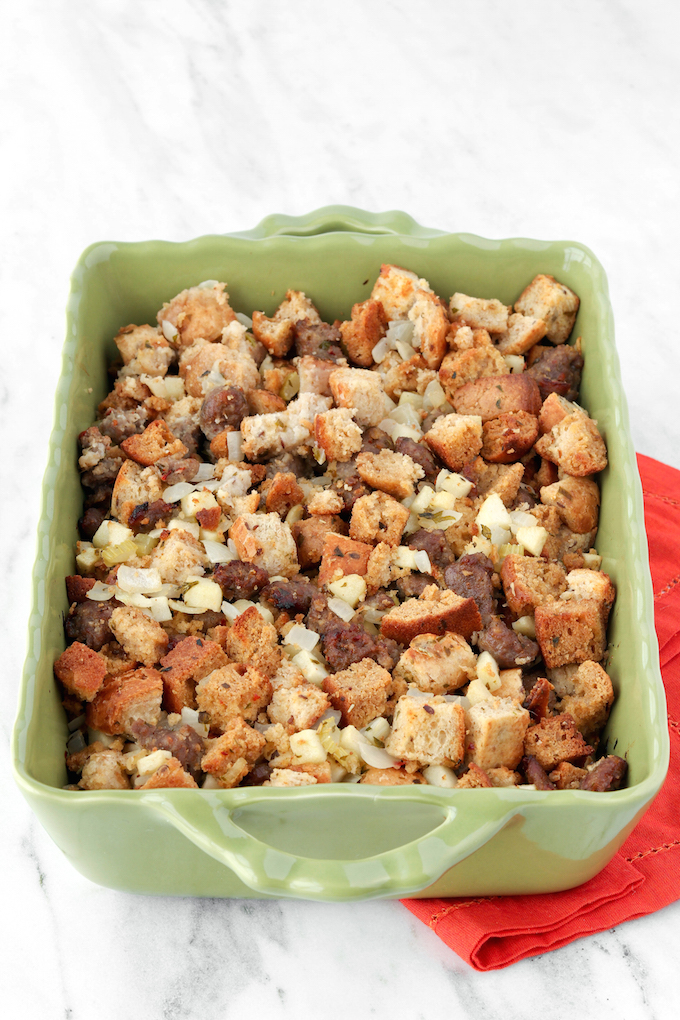 You probably haven't been able to tell yet, but I have made it my goal to load you guys up with TONS of whole-food Thanksgiving options over the next week and a half. I'm going to be sharing some sweet recipes too, not just the savory stuff! I'm all about eating lean meats and tons of fresh veggies, and there is definitely a place for those items on the day of the big feast... but seriously,  there MUST be a pie (or two, or three)!

Keep in mind, these recipes will ALL be made from whole-food ingredients and will be free from any white flour, refined sugar and oil, and ANY processed ingredients. However, this does not mean that they are low-in calorie.... it's Thanksgiving people!

Expect a round-up post with all of my favorite whole-food Thanksgiving recipes from around the web next week, but in the mean time you can get a sneak peak by following Simply Sissom's Thanksgiving Board on Pinterest! I'm adding new pins daily!

Until then, let's talk about this whole-food apple sausage stuffing, which just happens to be my favorite stuffing of all time!

My favorite thing about it is that it is super simple to make. In the perfect world you would let the bread dry out for a couple of days before making the stuffing but if you are anything like me.. that amount of planning is not going to take place. I just popped the fresh cornbread and French Bread into an oven set to 200 degrees for about 90 minutes before making the stuffing. Once you've crisped the bread and cooked the sausage it's really just chop, dump, stir, bake. 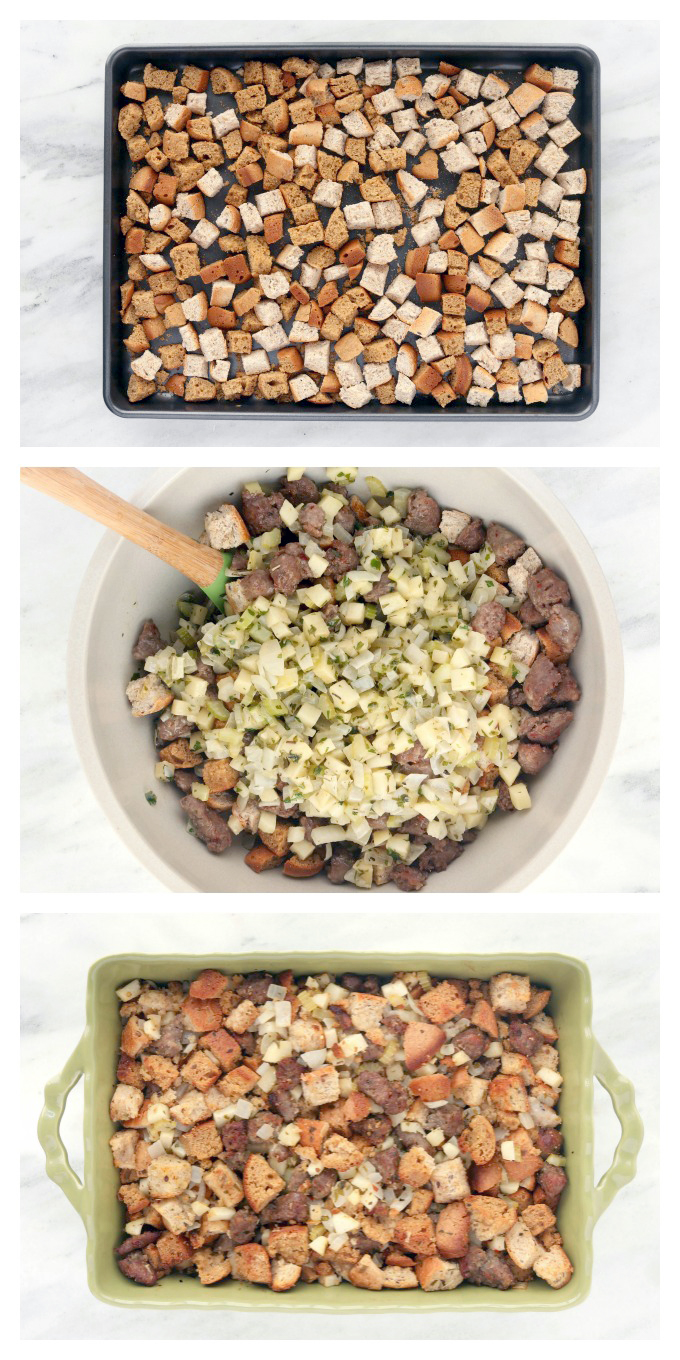 This recipe is adapted from the Pioneer Woman's Thanksgiving Stuffing/Dressing recipe. It's hearty, flavorful, moist on the inside, with a perfectly crunchy top layer - just like any stuffing should be! My favorite thing about Ree's recipe is that she uses multiple types of bread. Cornbread Vs. Sourdough debate.. why should anyone have to choose?

While her version isn't made entirely from whole-foods, I've subbed out traditional breads for whole wheat varieties, added spicy Italian chicken sausage, tangy granny-smith apples, and tweaked the spices to include sage, because.. in my opinion, it's not stuffing without sage! The result was beyond my expectations.. a definite must for any Thanksgiving Day feast!

Prep: It’s Thanksgiving… recipes that can be prepped ahead are a MUST! This one fits the bill.

Make Ahead: This recipe actually tastes really great the next day (and even a few days after that). With that said.. it’s Thanksgiving, probably best to bake it fresh the day of

Freezer: I haven’t tried it. At bare minimum, you could definitely begin collecting leftover breads from dinners and freezing them in a Ziplock bag. You will be all that much closer to stuffing on Turkey Day! 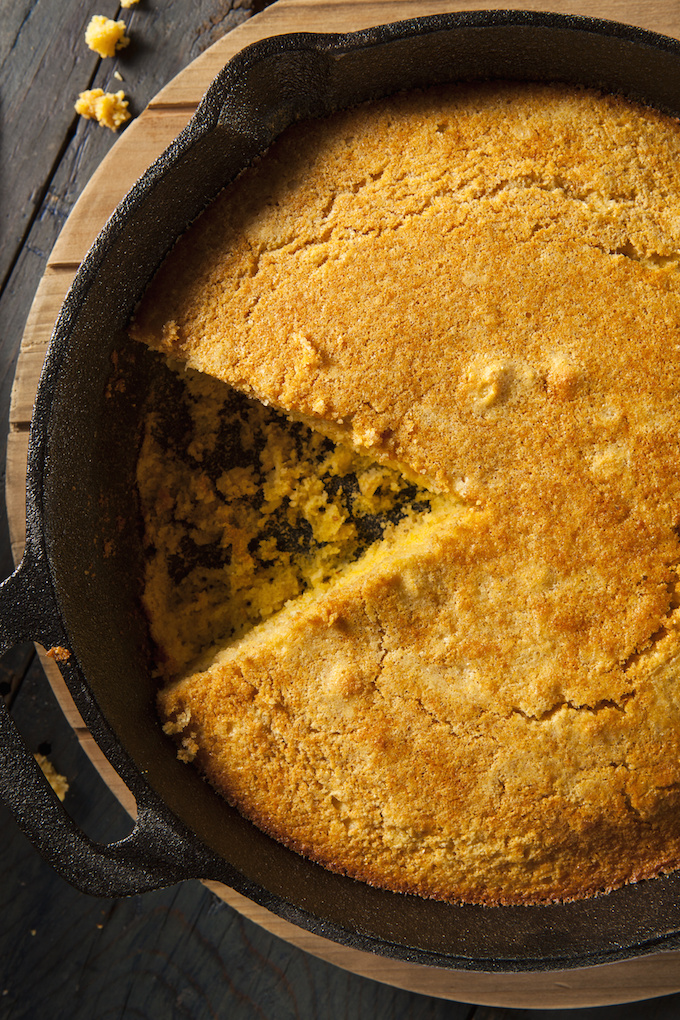 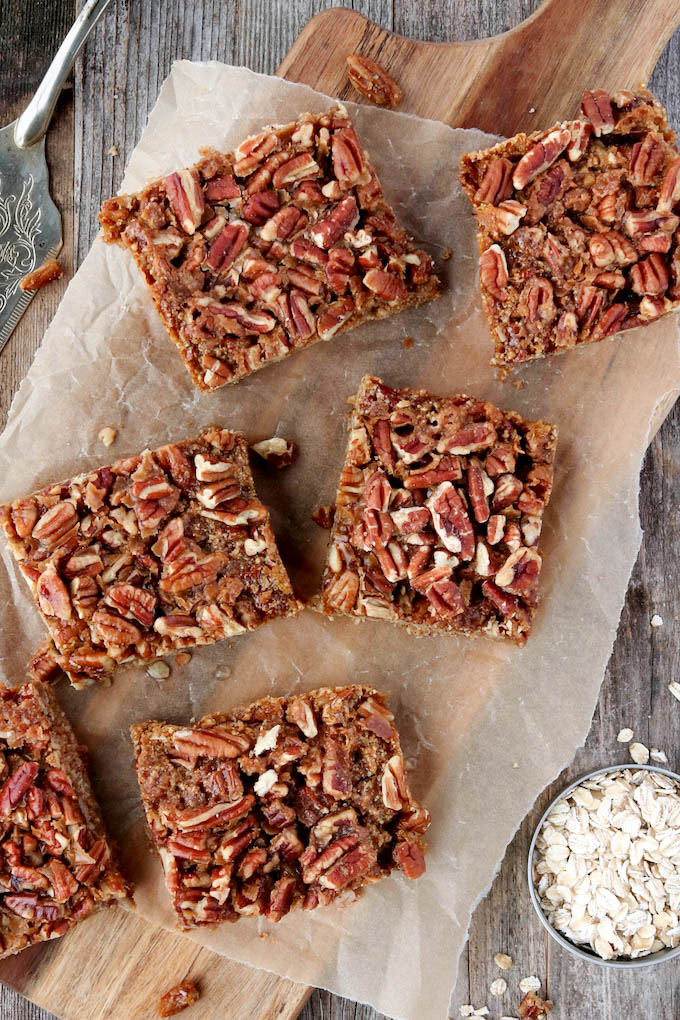 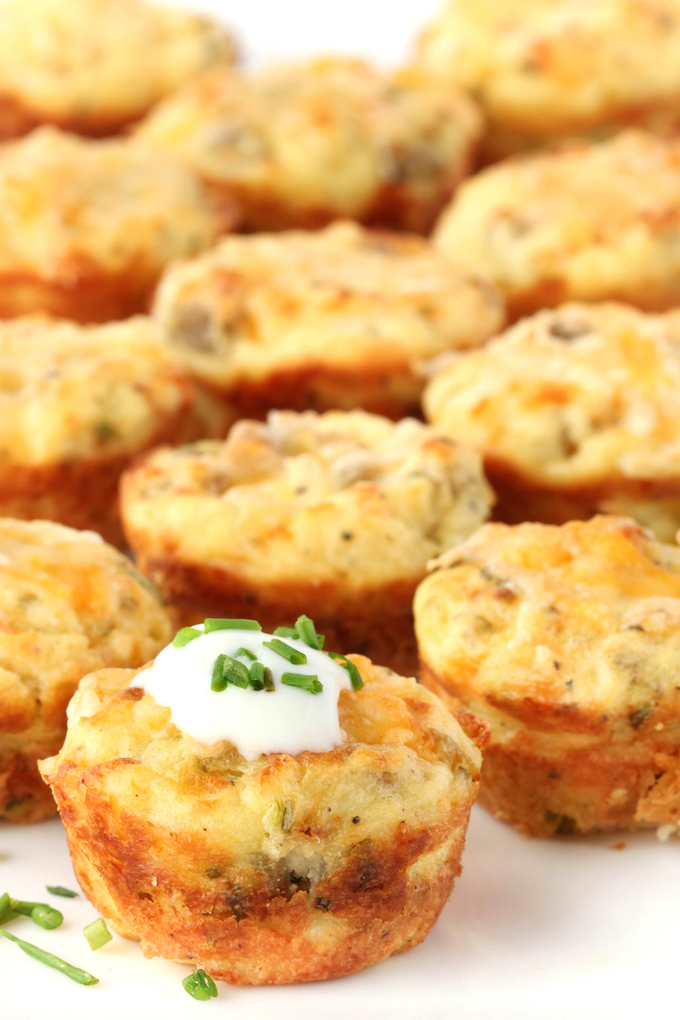